It seems that no matter how much the world celebrates authenticity, it doesn’t know how to find the real thing. Often the more authentic people appear, the less authentic they are. Think of the Instagrammer who spends forever on her “no makeup” selfie, the guy who bares his soul as a pick-up technique, or the marketer who sells shabby chic as a brand.

Likewise, modern Christianity is trying hard to purge itself of a polished veneer that has smacked of hypocrisy. There’s something good in our desire for “authenticity.” We’re tired of masks, and we want to get real. But what if “authenticity” has become just another mask—one more covering for our sins?

The felt need to not “put on a face” betrays the real issue: people don’t want authenticity, they want solidarity. They want to feel they aren’t alone in falling short, so they desire openness and vulnerability from others, but by focusing on brokenness as proof our “realness” and “authenticity,” have Christians turned “being screwed up” into a badge of honor, its own sort of works righteousness?

This mindset represents a skewed understanding of sin. It’s almost as if our sins have become a currency of solidarity – something we pat each other on the back about as fellow authentic, broken people, but sin should always be grieved rather than celebrated. We’ve become too comfortable with our sin, to the point that it’s how we identify ourselves and relate to others.

Has this type of authenticity become a higher calling than, say, holiness? Shouldn’t we find connection over Christ, rather than over our depravity? Yes, sin is part of our story as redeemed people. We shouldn’t ignore or make light of it, but we also shouldn’t wallow in it or take it lightly for the sake of earning authenticity points.

In Romans 6:1-14, Paul says the abounding grace of God is never grounds for living in and under the reign of sin. Those saved by grace through faith in Jesus experience a profound union with Him, so that His death and resurrection become our death and resurrection. Though Jesus died for our sins, we’re to die to our sins. That is, we’re to consider ourselves dead to sin, so that sin doesn’t reign over us.

The power of death and sin are broken in the death of Jesus, and we’re called to live out this reality. When we embrace our brokenness, our “old self” (Romans 6:6), allowing sin to reign over and in our lives, we distort God’s grace. Just as the end goal of Jesus’s death was His resurrection to life, so the end goal of our death to sin is a life of righteousness (Romans 6:15-18).

True authenticity comes when we love and pursue God and the truth that He reveals in His Word and collectively encourage each other, by grace, in the direction of Christ-likeness. We should move in that direction, by grace and through the power of the Holy Spirit. You may seem a broken mess, but by the grace of God, your old self is crucified with Christ. You can walk in newness of life, because God’s divine power has granted to us all things that pertain to life and godliness (2 Peter 1:3).

When we tell the truth about our design, brokenness, redeemed status in Christ, and the end goal toward which believers are moving, we can have life-transformative, gospel-centered authenticity. 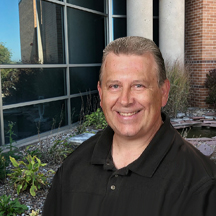