Authenticity is at the heart of our current teaching series, LIFE TOGETHER. I want to share with you a story from The Walk by Michael Card. Michael had been going through a difficult time having recently broken up with his girlfriend. One Monday morning, Michael’s mentor, Bill invites him out for breakfast. After they are seated Bill makes a bold but loving statement:

“I’m worried about you, Michael. This is perhaps the third young woman you have dated since we’ve known each other and now you’re breaking up again. I’m concerned about your ability to sustain a relationship.”

Wow! That is being authentic about your concerns for a friend. Also, being bold enough to say it, even if you know they might have difficulty receiving such truth. Michael goes on to explain that out of his own immaturity he responded:

“How can you say that to me! After all, you are divorced. At least I never did that!”

Ouch! Burn! Michael shares this story in his book so that we could all see Bill’s response:

Bill grew quiet. He had risked genuinely loving me and, like so many others, I had hurt him for it. “Worked at that relationship as hard as I could for as long as I could.” He said, almost in tears, and there the discussion ended. Anyone else would have decided, at this point, that walking with someone like me was not worth the trouble. Not Bill. As best I remember, he never brought up the subject again. A few months before his death, I recalled the incident and asked for his forgiveness. It was obvious from his response that he had forgiven me long ago, although I could tell he still remembered the sting of it. All that remained, he said, was for me to forgive myself.

Authenticity opens us all up to pain. The pain we experience when someone lashes out at us, reminding us of our biggest regrets or mistakes or when someone weaponizes our honesty against us as Michael did. The hurt we experience when someone breaks our trust. However, real, deep and lasting relationships are built on authentically sharing our lives with each other. I hope you are as encouraged and challenged as I am by this story. Michael Card ends the chapter by saying:

A true soul-friend is willing to endure the inevitable pain that is caused by being in a relationship with another human being. “We are fragile and fallen people,” Bill would say. “Often we hurt each other.”

Who are those people in your life who know you authentically and can speak the truth in love to you the way Bill did?  Who in your life needs you to be their “Bill”? 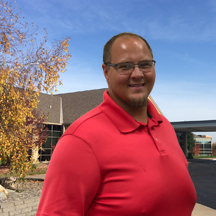 What did you think of this article? Let us know.