Recently in the Bible Recap we read Joshua 7 and the story of Achan.  Here’s a brief synopsis to remind you about Achan:  When the Israelites conquered Jericho, Achan disobeyed God by keeping some of the gold and silver from Jericho for himself.  Achan hid what he had stolen and tried to cover up his sin.  God dealt with Achan severely because God hates dishonesty.  Even though God hates lying and stealing He will forgive you when you are seeking repentance.

As I listened to the story, I started to giggle as I recalled a story I’ve heard many times about dishonesty and hiding.  My high school English teacher, Mrs. Nett, loved to tell this story.  Now, as a parent, it makes more sense and is quite simple:  bad things stink! One day at school as a young child, Mrs. Nett had to use the restroom.  Actually, a #2 to be specific.  However, she knew the teacher would not let her go during the middle of the lesson.  A few minutes later she made herself comfortable.  Then, she carefully waddled to the Kleenex box, grabbed a couple tissues, and tiptoed back to her desk.  Using the Kleenex she wrapped herself a nice #2 present and carefully hid it inside her desk, just like Achan hid his gold and silver.  Later, the teacher walked by and asked if she needed to use the restroom.  This was followed with an honest reply “Nope!”  In the afternoon the teacher took her aside privately and asked what she was smelling.  Mrs. Nett told the teacher the truth about her #2 present.  Her stink was found, just as God perceived Achan’s sin.

As a high schooler I remember laughing uncontrollably as Mrs. Nett would tell the detail laden story.  As an adult, I’ve watched my two littles hide in the corner to make their #2 presents in their diapers.  Oh, do they smell!  As a potty-training parent, I’ve found a present in the corner of a bedroom because of an atrocious stink!  It makes me ponder:  Our sin stinks!  It will be found!  Parents, teach your children to be free from the stink of dishonesty!  Parents, remind your children that God will forgive their sin if they say sorry. 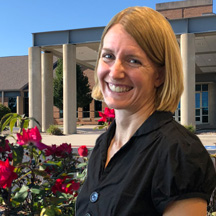