“God is Not Dead, Nor Doth He Sleep”

At the end of the Old Testament, between the book of Malachi and Matthew is a period known in Protestant circles as the “400 years of silence” from God: no new prophets were raised up and God said nothing new to the Jewish people.

Malachi ends with, “Behold, I am going to send you Elijah the prophet before the coming of the great and terrible day of the LORD. He will restore the hearts of the fathers to their children and the hearts of the children to their fathers, so that I will not come and smite the land with a curse.”   And then the New Testament opens with John the Baptist—the fulfillment of this prophecy.  He came in the spirit of Elijah, proclaiming that the Messiah was coming.  And He did!  Within John’s lifetime! In fact, the pregnancies John’s mother and Jesus’ mother overlapped by 3 months.

Suddenly Israel went from no Word from God to two major voices on the scene speaking loud and clear.

I wonder if in those 400 years until then people had thought, “Is Yahweh dead? Is He sleeping?”

So much time had passed, that the Jewish leaders didn’t recognize God when He and began to speak.  Though they knew what the scriptures said about the Messiah, it was as if blinders were over their eyes to be able to see the fulfillment in front of them.

And yet we know outsiders also knew the Jewish Word and responded, looking for the “King of the Jews” when the recorded Star appeared in the sky.  The knowledge was OUT there, but not all could see.

Faith in Jesus today is also described in Scripture as an ‘opening of the eyes of our hearts’, to suddenly see and understand what the Word is saying.  But when the blinders are still on, perhaps it feels like God is dead or sleeping to those who don’t know Him yet.  It’s actually one of my favorite prayers to pray for unsaved friends and family. “Lord, open their eyes.”

“God is not dead, nor doth he sleep” is from a carol that uses unique Christmas imagery to describe all of this! Can you name the carol? Let me know in the form below! 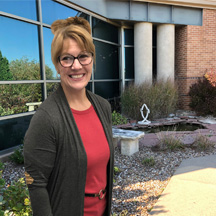 Can you name the carol?